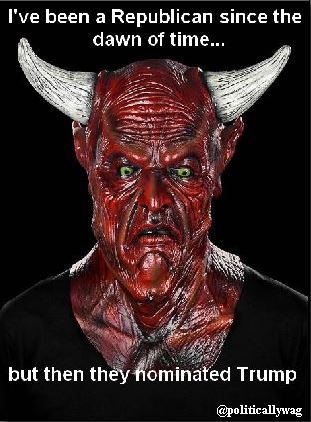 I can’t believe it took me two and a half years to think of this!  But seriously, when MSNBC, and CNN, and other corporate media outlets bring on war criminals from the Bush era to lament the rise of Trump, this is what they look like!

I’m thinking of doing a short fictional work on here – El Diablo 2020!  We’ll see if I find the time, but essentially, the plot is that nevertrumper El Diablo runs as a Democrat to be the first Otherkin President, and to defeat Trump, which of course is the most important thing of all.  #anybodybuttrump  He’s Satan trapped in a man’s body, and thinks of himself as LGBTQ+ because of the whole “Otherkin” thing.

So many of my good-natured friends have bought into this.  At the beginning, I did too.  I still said from the beginning that we need to do this legally, but I was under the impression that they were “fleeing for their lives.”  I then saw the truth on DC Whispers, that a groups of these migrants went to our border authorities demanding either to be processed and admitted to the US quickly, or to be paid $50,000 each to return home.  Now, I haven’t know DC Whispers to publish any fake news in the time I’ve been following, (very opinionated, but not fake) but I realize it’s pretty independent.  So I traced it back to their source, FOX, and then FOX’s source, The San Diego Union Tribune (a pretty basic, established local newspaper)

*On my comics, feel free to screen cap them and share to your heart’s content.  Just leave them unaltered please.

I hope you enjoy the comic above.  I just thought I’d also share my thoughts on the “women’s march”, and 21st century feminism in general.  I have a great deal of respect for the recent movement to bring to justice powerful men who have abused women.  This includes the #metoo and #timeisup hashtags.  I wish they’d organize into a march, one that reflects their principled, non-partisan approach to women’s rights.

However, I have little respect for this so-called women’s march.  They call themselves “women’s march”, yet only march for women they agree with.  They don’t allow pro-life feminists a place at the table.  They don’t tolerate women for Trump.  They might say, “but Trump has abused women.”  But then I see those “I’m with her” signs, and in addition to all of her husbands sex crimes that she helped cover up, it’s recently been discovered that a woman on her campaign was sexually harassed, and she didn’t remove the man from her campaign.  By the same logic that they won’t tolerate women for Trump, they shouldn’t tolerate “I’m with her”.

Which sums up the reason for my disdain for this whole thing.  They claim to represent “women”, yet they really only serve a partisan agenda.  They seek to manipulate women into becoming DNC foot soldiers.  It’s the same trick that many third wave feminists use when as follows:

“Are you a feminist?”

“You mean you don’t believe in equality for women?”

“Well, yeah, I believe in equality for women.”

“So you’re pro-choice, pro-gun control, support punishing employers who won’t pay for all forms of birth control, and voted for Hillary Clinton?”

“So you’re not a feminist?”

“Why don’t you support equality for women?!!”

The women’s march is full of partisan hypocrites devoid of intellectual integrity.  They demand respect and wear vagina hats.  They demand the most stringent sexual harassment laws, then chant and sloganeer about their lady parts.  And worst of all, they try to trap women into voting a certain way, and taking a slate of positions of various issues, based on their gender.  I respect women too much to tell them that they have to take a certain set of positions because of their gender.  As with men, I respect women who earn respect.  I don’t respect those whose behavior doesn’t earn respect.  With equality comes responsibility, and while I think those who share the #metoo get that, the so-called women’s march does not.

Arguing with Clintonites is exhausting!  And if you’re tired of going in circles with them actually trying to make eloquent arguments against their ad nauseum Russiagate conspiracies, just use this meme instead.  They just aren’t worth the effort. 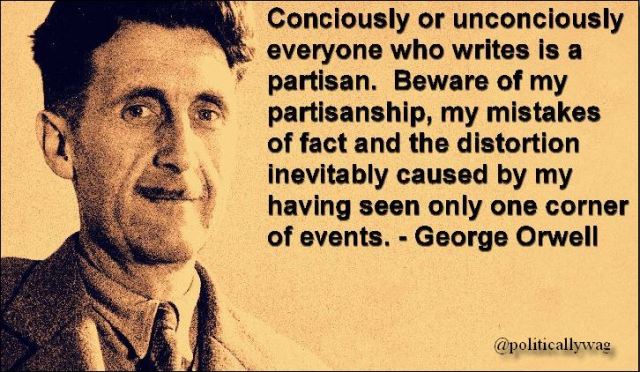 This above quote is from George Orwell’s “Homage to Catalonia”.  I wish the journalists of our age had Orwell’s integrity and humility. 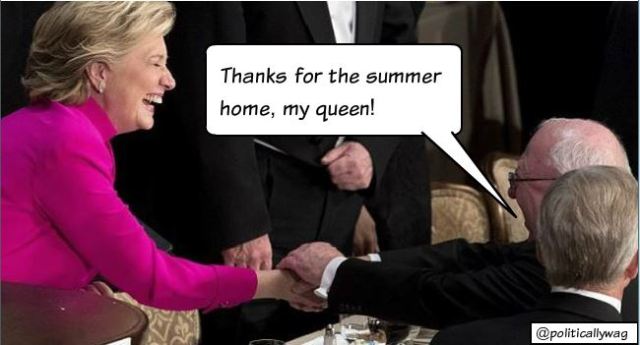 I see Bernie Sanders has learned his place